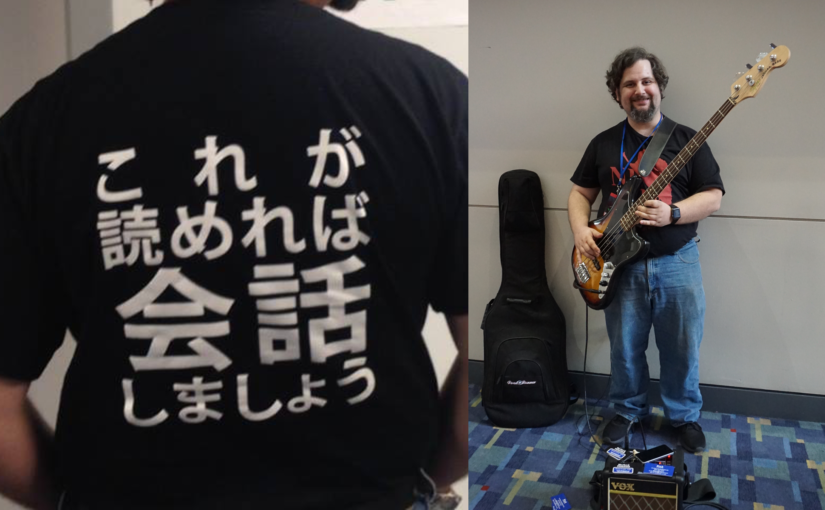 My name’s Paul Baptist, and I’ve been a rabid fan of the Japanese language since I first started learning it back in January 2001.

I’m a veteran of the anime community, having created AMVs, done fan translation projects, worked for Studio Ironcat, run the forums at AnimeX, and attended Otakon nearly every year since 2002.  I also play in an anime/game music cover band that has been playing the halls at MAGfest the last several years.

One of the few things I love more than the Japanese language is having the opportunity to share it with others, which is why I started this site.  In the time I’ve been studying on my own I’ve managed to pass Level N2 on the Japanese Language Proficiency Test; I’m currently waiting to hear back on last month’s N1 test results.

Whatever your level, you’re welcome here.

Seriously, it’s my favorite thing about the language.

What this means is that I’m not going to shy away from using it when exposing vocabulary or presenting concepts.  I’ll post a detailed explanation of that in the near future.  That said, there is nothing to fear here.

Having spent so much time working with kanji, I’ve developed a lot of strategies to help make them easier to digest, and ultimately turn them into a strength.  One of my goals with the content on this site is to remove some of the stigma around learning kanji and help people feel more comfortable with their use.